Eight Flipsiders had come to Normally to learn about Prototyping as part of a 12-week product design course.

To capture what they thought of the experience first hand, I chatted to 23yr old Jazmine from Kingston upon Thames.

K: How did you find the experience of Flipside?

J: It was a life-changing experience. And I don't say that lightheartedly. I felt lost beforehand. I felt like I lacked direction in life with no better options. And Flipside projected me forward into a career that I really think I can not just do well in, but also love my work life.
I have nothing but great words for Flipside.

K: How did you come across Flipside?

J: I found out about it, funny enough, on a TikTok. It was just a random page, I was flipping through, and it had several programs for bettering yourself.

I saw the Flipside one, and for some reason, something in the back of my head said to apply. I was very lucky that I came across it!

K: What is Flipside?

J: Flipside is a programme designed to help underrepresented people (ages 18 to 24) get into digital product design.

For the first three months, you are taken around different agencies in the industry, and you follow a brief where each agency gives you an insight into how they would approach each phase of the creative process. After three months, each Flipsider joins one of the partner agencies - Beyond, Farfetch, Made by Many, ustwo for a three-month internship. Flipside helps you with soft skills as well as hard skills.

K: What do you mean by underrepresented people?

J: People who have not gone to higher education like me, might not have a foot in the door without the qualifications. Or also people from cultural backgrounds that are minorities and may not have had as many privileges as others.

Some of the people in my program have gone to Uni but Flipside helped them because they hadn’t always done design, they didn't know you have to have a portfolio or that everyone, when they first start a job, feels like they shouldn't be there or that they're not good enough.
But actually, we’ve learned, you are good enough and everyone feels like that.

It can feel like the industry at the moment is mostly about who you know, rather than what you know; it's all about word of mouth more than online applications.

K: Tell me a little bit about yourself?

J: I have always loved creative subjects. I did art for GCSE, and fashion and photography as subjects in college. And then when it came to Uni - everyone was applying and I didn't feel in my gut that I was meant to go down that route. I put it off, and then my friends were in Uni and learning loads and I started to feel really disheartened.

I did cleaning and worked as a labourer for my dad. I just lost my creative outlet. And then, as I said, I came across Flipside, and it was just like a golden ticket had finally arrived.

I applied, and since then, I've just been on an upward climb to overall happiness.

K: How were the days at Normally?

J: I learned probably the most with Normally, and I don't know whether that's because you got the week where it was very technical and maybe that's the area that I lacked the most in.

Though I think I'm speaking on behalf of all of us; Normally was the place where we learned a lot of the hard skills.

You guys showed us slightly different things from the other agencies because you were more innovative in the ways you approached things. We had seen a lot of reoccurring, similar patterns in how the agencies faced things, but Normally seemed to be a bit outside the box.

It was also very homey, and that made us feel at ease. It made us feel not under pressure but that we could enjoy what you're doing but still get down to the nitty-gritty.
The week that you got us was the most creative. 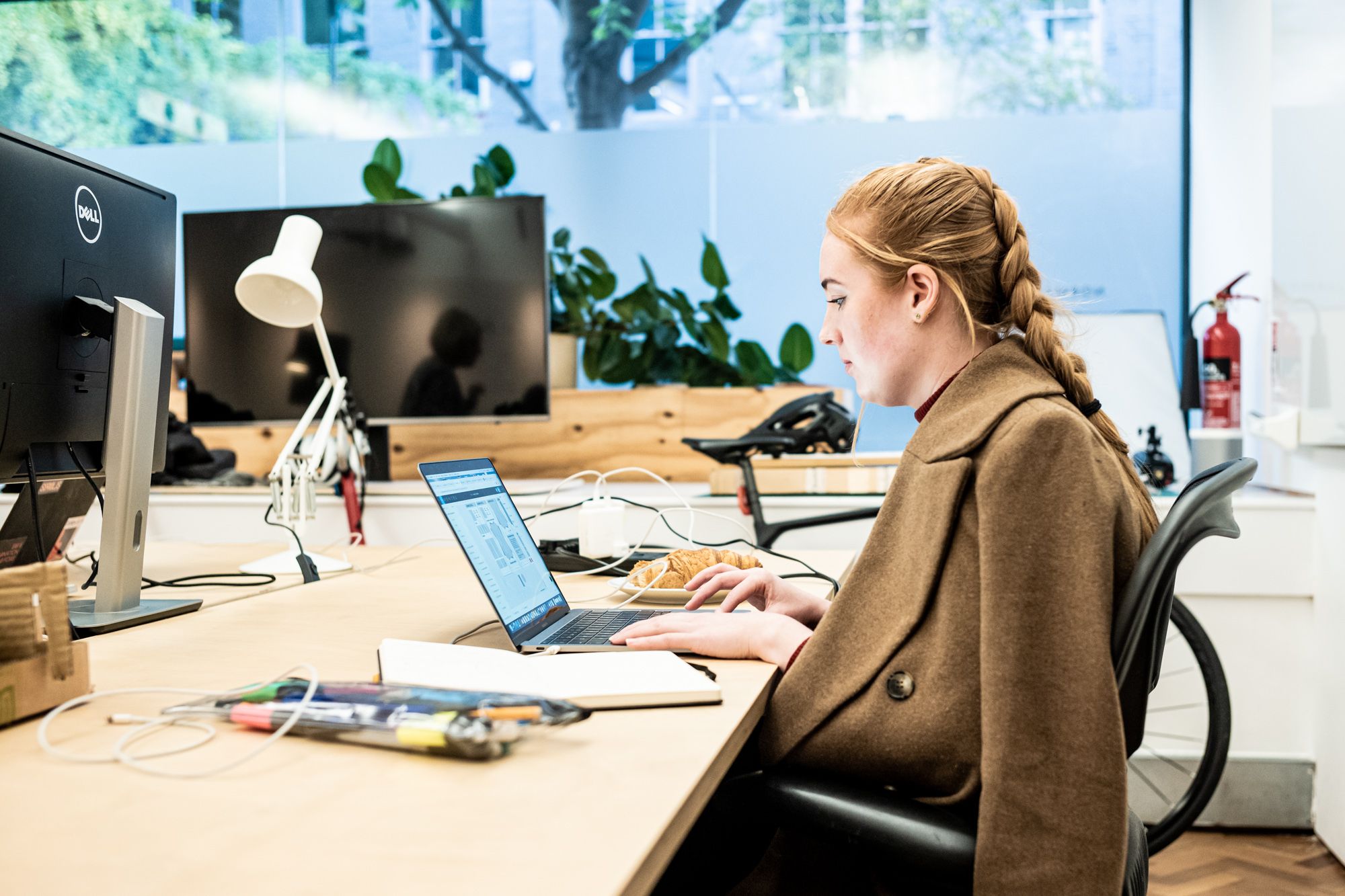 J: I'm currently doing my placement at Farfetch for three months. So that's until the start of April, and I'm excited about it. I've always loved fashion, so it's quite fitting for me. I'm getting as much knowledge as possible, meeting as many people and learning as much from them as I can. I'm hoping that I will get either a job there or a similar job in this role.

I never thought that I would want this sort of job because I didn't even know that it existed. You know that someone makes apps and websites, but you don't really know what they actually do. I'm just excited really to start a career in this industry.

*This interview has been edited for length and clarity